All active macros are running in a single process on the video device, called the Runtime. From the device web interface you can start and stop the runtime, as needed. The Runtime is sandboxed, and the code is securely isolated from the standard software of the device.

You can create UI extensions from the UI Extensions Editor in the device web interface.

Enabling macro provisioning gives you read and write access to macros on a device-by-device basis from Control Hub. Once enabled, all devices that are registered in shared mode will upload their macros to Control Hub. Administrators may then edit the macro source code, download local copies, and upload the macros to other devices.

Macro provisioning is provided on a single-device basis. To share macros between devices, you can download a macro from one device and then upload it to another device. 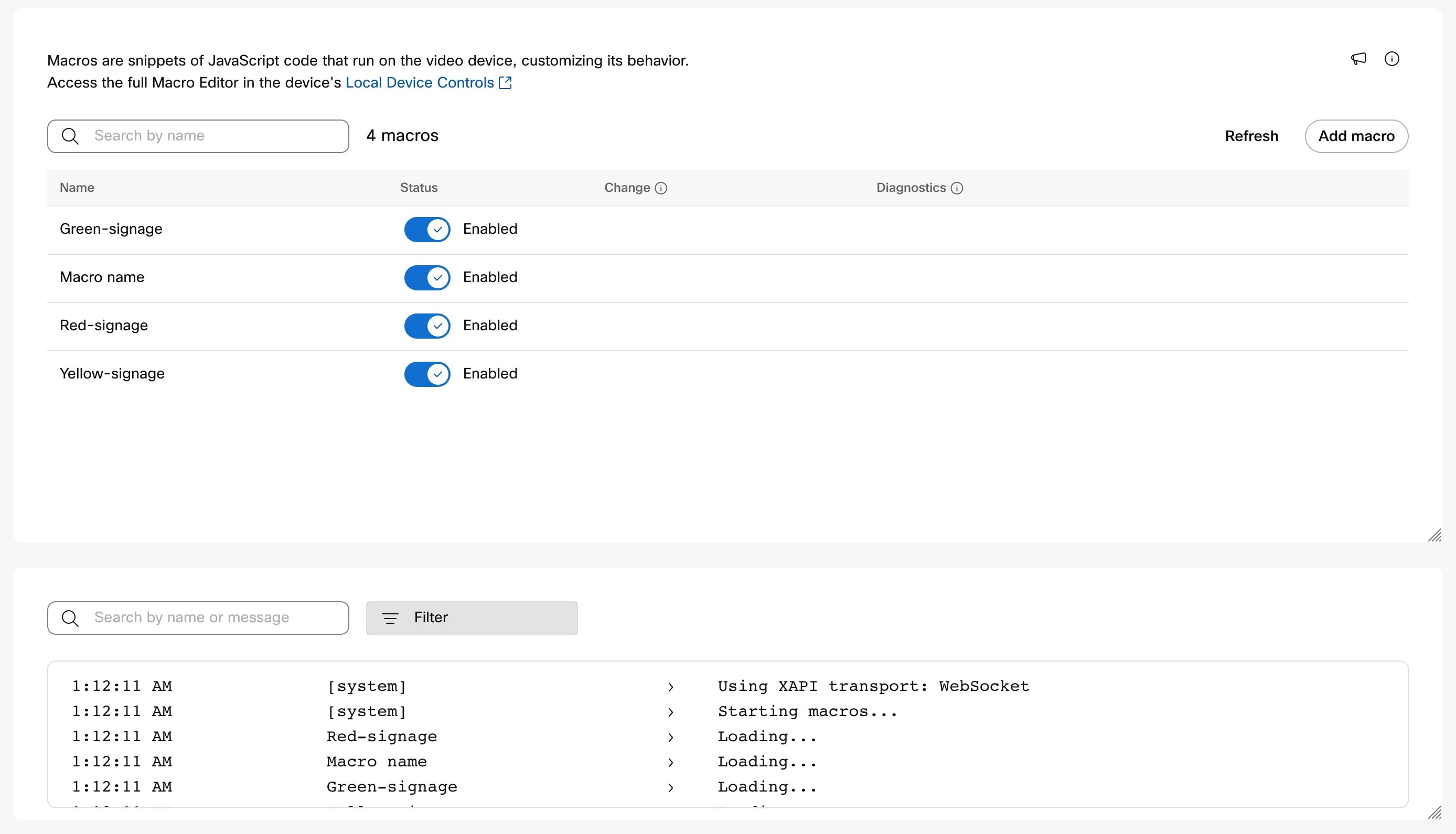 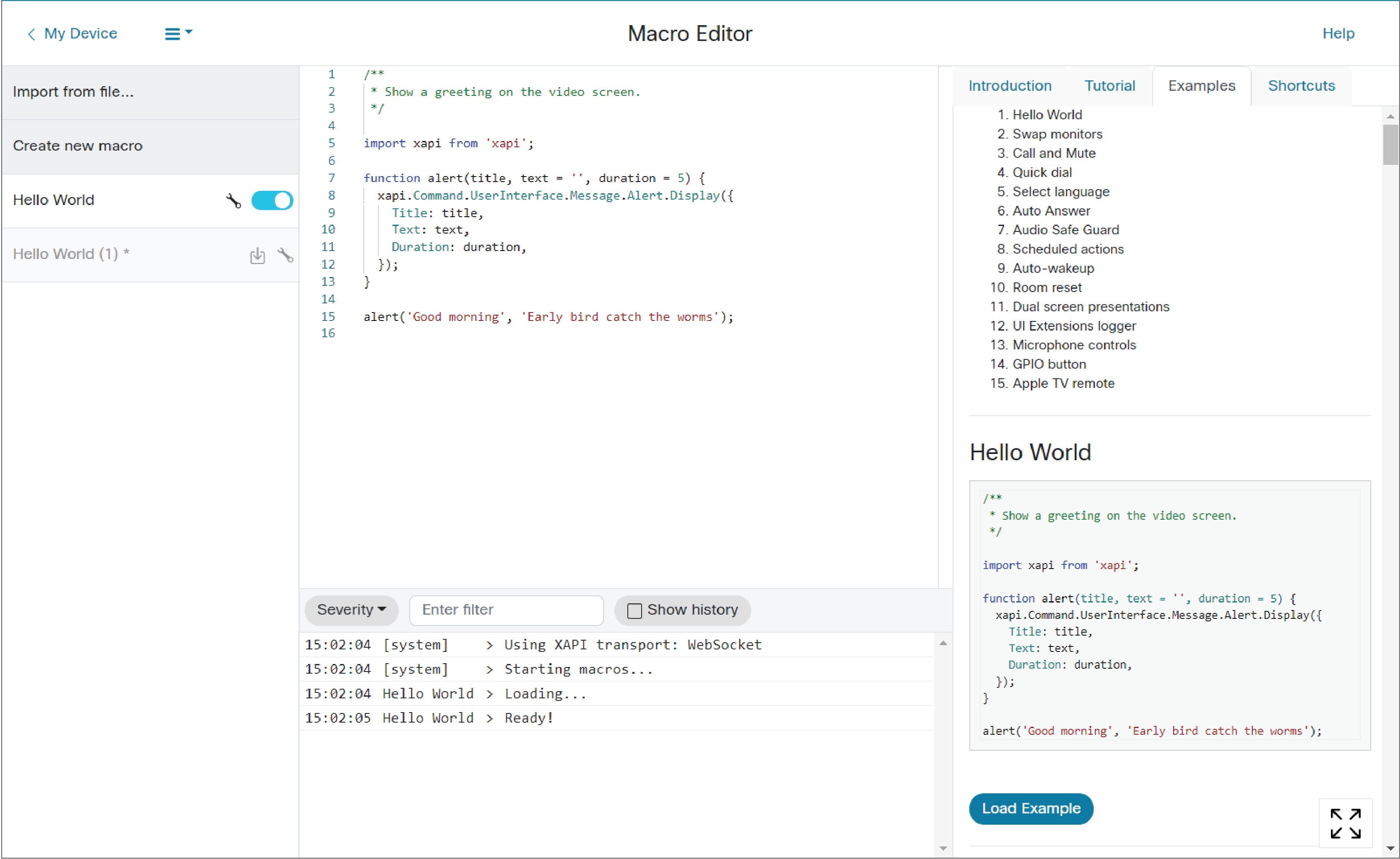 Sign-in to the device web interface using Admin credentials and navigate to Customization > Macro Editor. From here, you can: 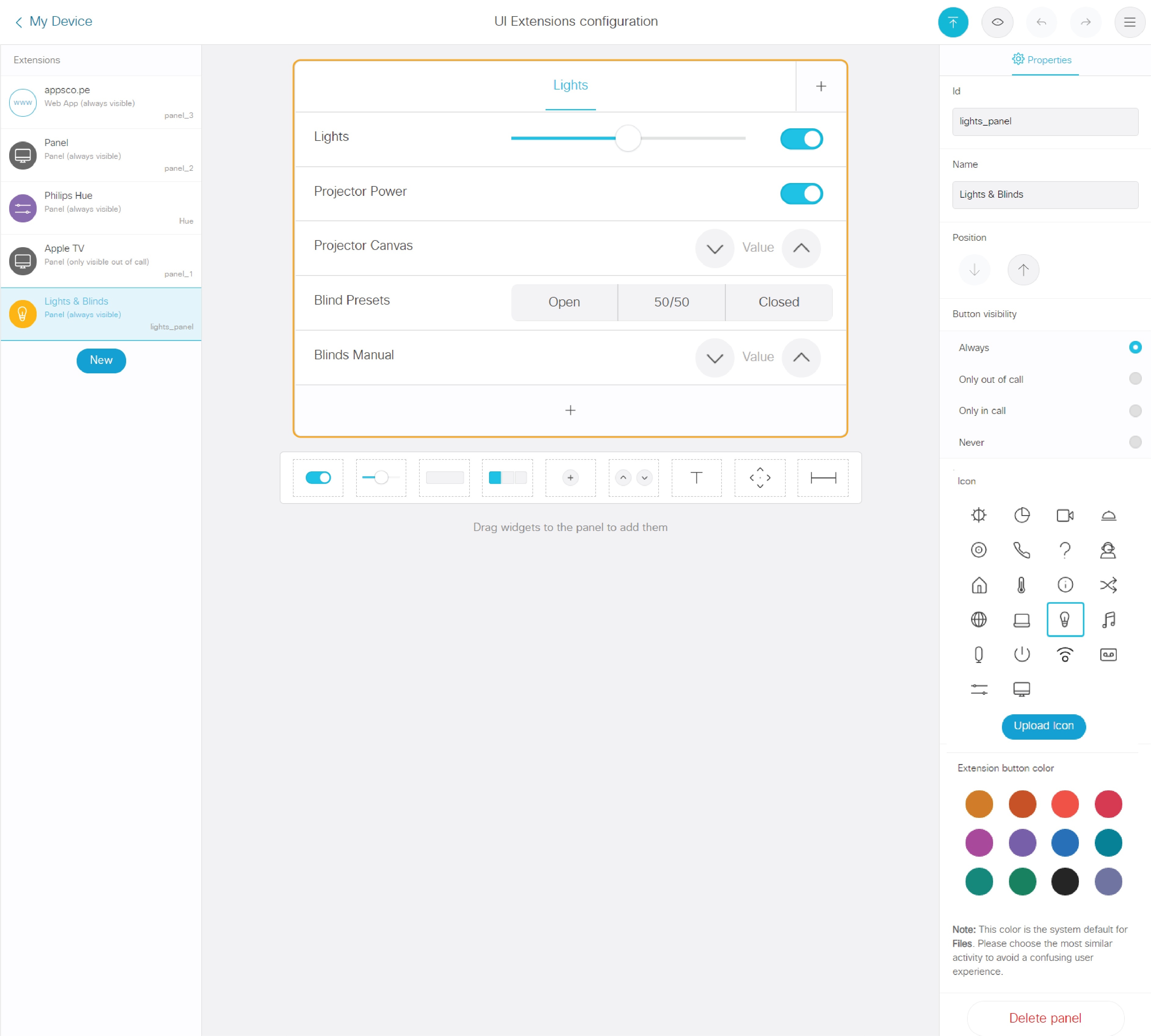